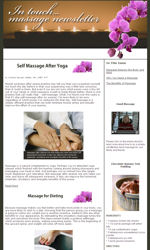 Everybody loves Twitter. I get. Heck, even I spend some time on it each day. The operative word being “some.” I do not live there. I do not make it my home away from home like some of you marketers do. And the question that has to be asked is this. Even if you are getting a following on Twitter and making some cash from doing so, are your efforts worth the time spent when maybe you could be doing something else that would bring you a bigger return? This article takes a look at that issue.
I’m going to throw some hypothetical figures at you here in order to illustrate my point. These are in no way meant to reflect actual reality because the truth is, everybody is going to be different. But this should give you some idea of whether or not your time is being utilized properly.
Let’s for argument sake say that you spend two hours a day on Twitter chatting with your followers and getting new followers. Okay, great. Let’s say that those two hours a day, after a 30 day period, bring you in an additional $500 a month. That comes out to about $17 a day more or less. So you’re working two hours to make an additional $17 or at a rate of about $8.50 an hour. Now I don’t know about you, but I can make more than that working at a McDonalds.
Now, I know what you’re going to say. If you didn’t spend that two hours, you’d have $500 less at the end of the month. if you were to spend those two hours a day writing articles and submitting them to directories instead. With the proper niche research, two hours of article writing a day could easily mean an extra $1,000 a month. That’s twice as much income as what you’re making chatting on Twitter.
Don’t get me wrong. I’m not saying that you shouldn’t use Twitter. I use it. I use it all of about five minutes a day and that’s been good enough to increase my blog readership by four times. But I’m not going to put an exorbitant amount of time into Twitter when I know that for that same amount of time, I could be doing something that will bring me more money.
Too many people don’t value their time, and that’s the problem. They look at their time as free. It’s not. In fact, once you’ve spent your time on something, you can never get it back. Money, you can always get back from a decent return on your investment.
Think about this the next time you decide to fritter away your day on Twitter.
To YOUR Success,
Steven Wagenheim…